In 1997, Marcia was at home with her two young children when the powerful documentary, Lousy Little Sixpence, came on the television. Rivetted, Marcia stopped what she was doing and sat down and watched it through. The tragic story of Margaret Tucker and other Aboriginal children, being taken from their mothers, shocked her and moved her to write the song, ‘Sorry’. Marcia was moved by the womens stories, the mothers and the  daughters and the grandmothers.

Lousy Little Sixpence brought to light the callous and shameful chapter of Australian History now referred to as the ‘Stolen Generations’. The forerunner and catalyst for that documentary was Margaret ‘Lilardia’ Tucker’s memoir, If Everyone Cared.

I met Aunty Margaret Tucker a few times, through her grandson, the brilliant Selwyn Burns, the legendary lead guitarist of Coloured Stone. In 1988, Selwyn invited me to perform at Aunty Margaret’s 80th birthday at the Aboriginal Advancement League in Thornbury, Melbourne. She was a strong and dignified lady.

I also got to know Margaret’s daughter, Molly, Selwyn’s Mum. Both Margaret and Molly worked tirelessly to help with reconnecting and healing many of those impacted by the cruel government policies that led to the Stolen Generations. I knew Archie Roach of course and we were deeply moved by his song, Took The Children Away, that addressed the issue. What made Archie's story so poignant was that it had happened in our own hometown and we never knew.

Goanna were in the throes of making the reunion album, Spirit Returns. When Marcia played me the song, I felt it’s gravitas. We laid the track down in my home studio in Warrnambool. The talented Murri percussionist, Cameron Goold, laid down the Drums and Percussion.

Shortly afterwards, I was off to Ireland to tour and I took the track with me. I stayed with my friend and expatriate Australian maestro, Steve Cooney in Ceann Trá, Ventry, County Kerry, where his studio was set up. He’d just finished recording Liam O’Flynn’s album, The Piper’s Call. Steve laid down the stunning Bass guitar track on Sorry and we invited Irish friend, Liam O’Maonlai, (Hothouse Flowers), to come and sing harmonies and add Hammond Organ.

The track then travelled to another expatriate Australian, Kerryn Tolhurst,(Country Radio, The Dingoes) in New York.

We performed the song at Parliament House, at the first formal Sorry Day held there in the building in 1998. Dorothea Randall, the daughter of Bob Randall, the writer of the song, Brown Skinned Baby, the first song to address the issue of the stolen children, was also present that day.

Hardly anyone from the LNP made the effort to attend. A number of Labor MPs and backbenchers did. Here’s an excerpt from the Hansard, demonstrating John Herron’s shameful language and his absence of empathy, about the importance for stolen generation survivors of that day in parliament.

BY AUTHORITY OF THE SENATE CANBERRA Page 3070

“Senator NEAL- .....If the Howard government cannot bring itself to say ‘sorry’ for the trauma of the stolen generation, will you at least    apologise for those blatant breaches of commitments to concentrate on services on the ground for Aboriginal Austral- ians?

Senator HERRON—We are concentrating on services on the ground. Talking about apologies, I think they should ask Gareth Evans to apologise to the Prime Minister for stating that he was only interested in bashing blackfellas. When are you going to get him to apologise? They are apologies all around the place. The Labor Party seems to be in the crying game these days. What wimps—all of them—dropping down and crying all over the place. I do not believe that is leadership. ...." 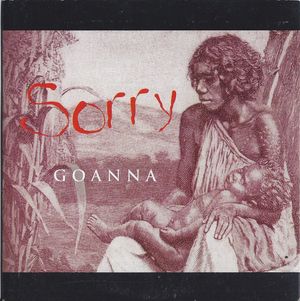 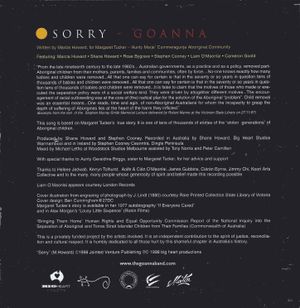